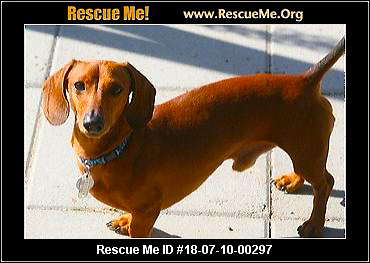 Years ago, when I lived in the mountains in Southern California, I owned a house in an area called the Valley of Enchantment. It certainly was enchanting for my Miniature Dachshund companion, Quincy. You may have previously read my blog posts about Quincy and his adventures, and by popular request, I am sharing another of his true tale.

The two-story structure had a wood deck that looked out the back door and wrapped around one side of the house above the basement, leading to stairs that climbed to the street where my vehicle was parked.

One cold crisp, cloudy winter afternoon, I observed Quincy beginning his “morning constitutional” along the deck on the way to the stairs when he suddenly stopped and looked up towards the driveway beyond my view.

I slowly peeked around the corner and saw a large Mastiff dog quickly and jauntily unrestrained presence stopping at the top of the stairs surveying the deck and Quincy with a curious tilt of his massive head.

Dachshunds were bred to flush out Badgers and can be fearless with other animals. Nonetheless, Quincy was about a quarter of the size of this self-assured Mastiff.

Each of them found their center of gravity and squarely facing each other from a distance.  A decision to call the bluff and with an air of confidence, the Mastiff began to slowly descend the stairs leading straight to where Quincy held his ground.  They each stepped forward five paces, their toenails clicking on the wood deck with every step. Each of them must be thinking, “This town ain’t big enough for the two of us.”

After a while, the low deep growl of the Mastiff broke the silence. Quincy stood his grand, silently breathing heavily and bound by a personal code of honor to protect the homestead. It was difficult to tell who was standing their ground best for several minutes until the water vapor from the heavy exhaling cleared the air.

Then, my unusually large Great Dane, Bruno, (yes, I know I he was my namesake – and, he never complained) came from behind me unbeknown to Quincy and locking eyes with the Mastiff. Long seconds passed.

When the Mastiff slowly began backing up the stairs, Quincy became bolder and started barking as he moved forward. The Mastiff glanced at Quincy like the morsel he could be but never lost eye contact with Bruno, who was so intimating he didn’t need to move or to make a sound. I was curious to learn what was going to happen next.

Quincy chased his adversary back up the remainder of the stairs and halfway down the street. When he returned to the deck to see me standing there alone, his chest was so puffed out, I thought it might burst from pride. He never knew the influential support he received from Bruno, the Great Dane.

Nevertheless, from that day forward, Quincy effectively chased away every big or small animal, including a large coyote. To watch the dramatic change in him, you’d think he was backed up by a pack of wolves.